How to get divorced in Thailand

Marriage is a legally binding agreement between two partners that allows them to unite their lives, responsibilities, and finances as a couple. But what if a marriage just doesn’t work out and one or both spouses want to get out of the arrangement? Under Thai law, a marriage officially ends with the death of one of the spouses, or by divorce, the legal dissolution of the marriage bond.

Ancient Thai literature shows that in Thai Buddhist society, women had the right to divorce their husbands who mistreated them or committed adultery. In 2002, there was more than 1 divorce for every 1,000 people in the country, a rate of around 6,500 divorces per year reflecting the increased economic power and mobility of women in modern Thai culture. However, according to a recent article by Chiang Mai University law professor Somchai Preechasinlapakun, women still tend to end up raising their children alone with little support from their ex-husbands. This represents a stark contrast to many Western countries where parents can often fight fiercely for custody of their children.

Another phenomenon in Thailand is the mixed marriage between Thais and foreign nationals. Most of these marriages are between Thai women and foreign men, and according to some online estimates, up to 50% of first such marriages end in divorce. The explanations include different cultural expectations and communication difficulties. However, if one follows forums and posts on the web, it is also suggested that some of these marriages are based on the exploitation of financial assets from abroad and divorce occurs when this is discovered or when assets are depleted.

In any case and for any reason, divorce can be a very difficult and painful time for the divorcing spouses as well as for their children and other relatives. Rising divorce rates tend to lead to an increase in single parent families and can negatively affect the happiness and safety of children.

How does a divorce work in Thailand?

As in most jurisdictions, Thailand recognizes a distinction between amicable and contested divorces.

An amicable divorce is simply one in which both parties agree to end the marriage.

Such divorces are very easy to obtain since, in essence, there is no legal conflict between the two parties. To obtain a divorce in Thailand, both parties must go to the local district office (Amphoe) where their marriage was registered and declare their intention to divorce in front of two witnesses. They must sign divorce papers, provide identification and a processing fee, and answer questions about the agreed financial support and child custody resulting from their marriage.

The whole process is quick and easy, as long as both parties remain friendly and agree to the procedure.

1. The husband has married or provided financial support to another woman, or if the wife has committed adultery.

2. One of the partners is guilty of criminal or other conduct.

3. One of the partners has physically or psychologically harmed the other.

4. One of the members has left the other for a period of 1 year or the couple has lived apart for 3 years.

5. One of the partners has been missing for 3 years.

6. Maintenance and support have not been provided properly.

7. One of the partners has been hopelessly insane for 3 years.

8. One of the partners has broken the link of appropriate behavior.

9. One of the partners has a contagious and incurable disease that can affect the other.

10. One of the partners has a physical handicap that interferes with living together as husband and wife.

We suggest that you refer to section 1516 of the Civil and Commercial Code of Thailand for a list of grounds according to Thai law.

From the above list, it is clear that there is room for interpretation on the grounds for divorce, which means that the party filing the lawsuit must present a compelling case against the other. This is where divorce proceedings can get ugly and the truths get distorted.

It’s important to put attention on:

1.A Thai lawyer must file your divorce with the Thai court

2.Your attorney can act on your behalf in filing through a power of attorney, however, they must be present in court when your case is heard

3. To file for divorce, the plaintiff and the defendant, or both, must be residents of Thailand.

You cannot remarry until your divorce is officially recorded as final with your district office.

Thai law makes a distinction between before marriage, personal property (without suan tua) and marriage property (without som rot) and maintains that these must be separated upon divorce. This means that even without a prenuptial agreement, your pre-marriage assets and debts remain yours, while everything that has increased during the marriage is divided equally between you. However, prenuptial agreements are recognized in Thailand and are mainly used to delineate which assets belong to which parties before marriage, so that there is clarity in the event of divorce. Prenuptial agreements can also protect you in the event of a divorce in a foreign jurisdiction. Under Thai law, property management can also be decided in a prenuptial agreement.

In contested divorces, the courts will decide which parent will retain custody of the children and how alimony (child support) will be paid, if any. In some cases, one party will attempt to have the other party declared incompetent as a parent. If it can be shown that the party in question is endangering the child or has committed a crime or serious misconduct, then the court may take custody rights away from that parent.

It is important to work with an attorney to protect your rights as a parent in any contested divorce proceeding, but remember that Thai judges rarely separate a child from a parent. In other words, joint custody will usually be allowed because it is best for the child to have relationships with both parents.

Known legally as support, payments from one party to the other can be arranged or ordered by a court. This is generally done in cases where one of the parties will suffer a marked decrease in the material quality of life after a divorce, however, the maintenance does not have to be permanent. Usually the payment is ordered for a fixed period to allow the receiving party to become financially independent and to allow the two parties to separate completely. In Thailand, courts rarely award alimony to a spouse, but will separate common property equally between spouses. (50% -50%)

Protect yourself from the risks of divorce

Of course, the best protection against the risks associated with divorce is to make sure you marry a partner you know well and trust fully. However, in the case of cross-cultural marriages, this can be incredibly difficult, especially due to language barriers. One way to avoid this is to research your potential spouse. This may sound unpleasant, however, an honest person has nothing to fear and you can ask your Thai partner to cooperate with a background check so that both of you are calm before marriage.

A prenuptial agreement, as mentioned above, is another way to safeguard your interests in the event your marriage fails. In Thailand, prenuptial agreements are used largely to delineate the premarital assets of the two partners and to agree on a jurisdiction in which the law would be followed for divorce proceedings should they become necessary.

For property, a usufruct contract, a lease or land are common instruments to protect the rights of foreigners living in Thailand. As foreigners cannot directly own land in Thailand, land inhabited by a couple will always be owned by the Thai partner. In the event of divorce, a usufruct agreement allows the foreign partner to continue living on the land for their entire life or for 30 years with the possibility of renewing it.

Divorce is rarely a happy or welcome occasion, however for some marriages it is the final and only solution left to allow both members of the couple to spend their lives beyond a failed relationship. Keeping the dissolution of the friendly relationship makes divorce easy to achieve and easier for the partner and children involved. However, some marriages end badly and lead to even more complicated divorces. If you need a divorce in Thailand, make sure you work with an attorney and know your rights, especially when it comes to child custody so that you can protect your family and finances. 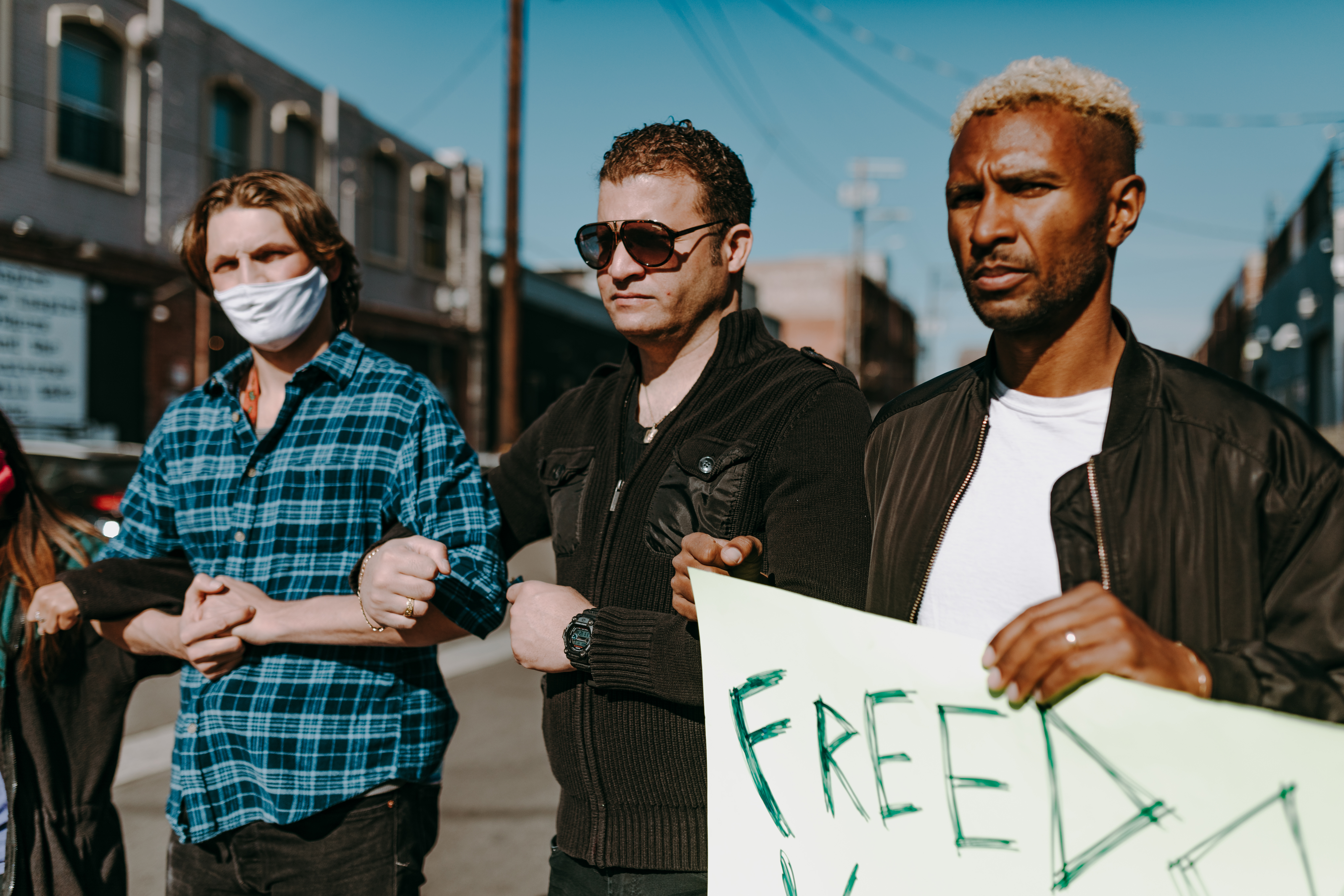 How Can A Debt Defense Attorney Help If A Creditor Sues Me?

If you are facing a lawsuit for a debt, you may want to seek the help of a debt... Read More

dallas TX Internet Sex Crimes When you’ve been accused of committing an internet sex crime, you may be wondering... Read More